3. You Can Be Free: An Easy-to-Read Handbook for Abused Women By Ginny Nicarthy

6. 60 Is The New 20: A boomer's guide to aging with grace, dignity and what's left of your self-respect By Margie Taylor

7. Something Fierce: Memoirs of a Revolutionary Daughter By Carmen Aguirre

8. The Anger Workbook for Teens: Activities to Help You Deal with Anger and Frustration By Raychelle Cassandra Lohmann

9. Our Bodies, Ourselves By Boston Women's Health Book Collective

1. Dogs at the Perimeter Madeleine Thein

2. The Reinvention of Love Helen Humphreys

5. The Round House Louise Erdrich

1. Kiss Me (I'm a Prince) By Heather McLeod, Illustrated by Brooke Kerrigan

5. I Like Who I Am By Tara White, Illustrated by Lee Claremont.

4.  RECOGNITION OF BEING. KIM ANDERSON. SUMACH

2.  THIS WILL BE DIFFICULT TO EXPLAIN. JOHANNA SKIBSRUD. PENGUIN

In recent years the most positive occurrence in Canadian publishing is the growth of writing by Aboriginal authors. When we opened the Bookstore 25+ years ago we had two books by Aboriginal authors: Maria Campbell's Halfbreed and Beatrice Culleton Mosionier's In Search of April Raintree. Now we have hundreds of books, with new ones appearing every month. As well as the growing number of Aboriginal authors there are four Aboriginal presses to ensure Aboriginal voices are being published. Our 2011 best seller non-fiction and children's lists reflect the growing interest in Aboriginal writing. We were privileged to launch books by Rachel Michenene and Kim Anderson in 2011. We look forward to many new thoughtful and inspiring Aboriginal writers in 2012 and encourage readers to read these important books.

1. Rachel Michenene (Thunder Bay) and Dr. Pamela Rose Toulouse's exceptional STRENGTH AND STRUGGLE: Perspectives from First Nations, Inuit and Metis Peoples in Canada tops our best seller list for this period. STRENGTH AND STRUGGLE is a rich array of short stories, poetry, music lyrics, graphic art, articles, essays and other pieces that are poignant, thought-provoking and educational. Many of the over thirty contributors are from Northwestern Ontario.

2. Our top seller in 2010, FIRST VOICES: an aboriginal women's reader, edited by Patricia Monture and Patricia McGuire (Thunder Bay) continues to be a best seller. This important anthology gives us the voices of many Aboriginal women and their commitment to freedom, justice, and healing. The anthology's sections include Profiles of Aboriginal Women; Identity; Territory; Activism; Confronting Colonialism; Confronting the Canadian Legal System; and Indigenous Knowledges. 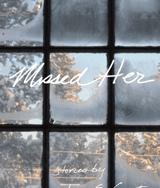 3. Ivan E. Coyote is a superb story teller and performer, and her many Thunder Bay fans were delighted with her participation in Pride Week's Literary event. Ivan has published five collections of short stories, a novel, and recently co-edited, with Zena Sharman, the anthology Persistence: All Ways Butch and Femme.  Ivan's story collection MISSED HER is our number three best seller.  In this passionate and humourous collection, Ivan takes readers on an intimate journey, both literal and figurative, through the experiences of a year spent in eastern Canada, her return to the West Coast and travels in between. 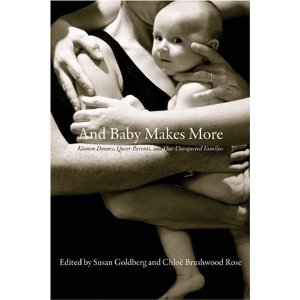 4. Susan Goldberg (Thunder Bay author) was also a feature reader at Pride Week Literary event. Susan, along with co-editor Chloe Brushwood Rose, edited the anthology AND BABY MAKES MORE: Known Donors, Queer Parents and Our Unexpected Families which is our number four best seller. AND BABY MAKES MORE is a quirky, funny, and occasionally heartbreaking collection of personal essays which offer an intimate look at the relative risks and unexpected rewards of queer, do-it-yourself baby-making, and the ways in which families are re-made in the process. 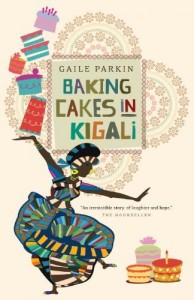 5. Gaile Parkin's delightful novel BAKING CAKES IN KIGALI rounds out our top five. BAKING CAKES is the story of Angel Tungaraza a wise woman whose successful business is far more than baking the spectacular cakes for the diverse clientele that demand the perfect cake (for a variety of reasons/events). With a sympathetic ear and discerning manner, Angel hears her customers stories of loss and pain, hope and redemption, which provide her the ingredients to craft just the right cake. Angel's political instincts, while occasionally resulting in blunt force, are usually so subtle and astute that they brought this reader much joy.

First Voices: An Aboriginal Women's Reader - Patricia Monture and Patricia McGuire (Eds.). This anthology showcases the voices of Aboriginal women in Canada and examines a broad range of subjects. With poems, stories, diaries, scholarly papers, Parliamentary testimony and photographs, First Voices outlines many of the struggles that Aboriginal women have faced in Canada and gives voice to their fight for freedom, justice, and healing. Sections of the book include: Profiles of Aboriginal Women; Identity; Territory; Activism; Confronting Colonialism; Confronting the Canadian Legal System; and Indigenous Knowledges.

Is It Just? - Minnie Smith. This feminist novel, published in 1911 by Minnie Smith (1874-1933), tells the tragic story of Mary Pierce, who, through the actions of her selfish and lazy husband, loses her land and social standing, and ultimately dies from a broken heart. A harsh critique of male-dominated society and law shines through the domestic novel, which argues for women's rights and features characters that were radically feminist in the context of their time. A critical introduction by Jenny Roth and Lori Chambers frames Minnie Smith's specific references to the laws of British Columbia.

Cool Water - Dianne Warren. Set over the course of a single day, Cool Water tells the warm-hearted and witty story of six struggling characters in the fictional prairie farming town of Juliet, Saskatchewan. As the characters go about the business of their daily lives, navigating the all-too-human reality of miscommunications, fumbled dreams, unexpected detours and unmarked victories, they discover moments of grace, compassion and beauty. Warren's prose has been compared to Carol Shields. This novel was a winner of the Governor General's Literary Awards.

The Armageddon Factor - Marci McDonald. McDonald's book explores the startling extent of the influence that the religious right wields in Canada, showing how it has provoked far-reaching changes in Canadian policies and institutions (including public services, the educational system, and the courts) and is moving forward with a fervent determination to outlaw abortion and same-sex marriage. Drawing back the curtain on the mysterious world of the Christian nationalist movement and its ties to the Conservative government, The Armageddon Factor exposes the religious right's attempts to restore Canada to what they see as its destiny: to be a nation ruled by Christian laws and precepts.

Gender Outlaws: The Next Generation - Kate Bornstein and S. Bear Bergman. Gender Outlaws: The Next Generation presents a collection of the work of this generation's trans and genderqueer thinkers new voices from the stage, the streets, the workplace, the bedroom, and the pages and websites of the world's most respected news sources. The book includes essays, commentary, comic art, and conversation from a diverse group of trans-spectrum people who believe in living barrier-breaking lives. A key theme of the book is that while we live in a world organized by a binary gendered system, resistance is possible, as the authors in this book demonstrate and live.